In other catalogues, the following magnitudes are given: Therefore it looks like an interesting occultation, specially if methane band filters are used (890nm).

In order to get some ideas, how bright the star is, an images were taken last October from the International Amateur Observatory (IAS) in Hakos, Namibia by IOTA/ES member Karl-Ludwig Bath. However, only images without filters with a ASI120mm camera, a black and white CMOS camera and a 50cm telescope. There are two other 9mag stars close by, UCAC4 341-084944 (Gmag 7.945) and UCAC4 340-085356 (Gmag 9.122). The ASI120mm camera has a sensitivity range up to 1000nm, but only with relatively small quantum efficiency beyond 800nm. The SY Oph star shows an approx. fourfold intensity compared to these stars, confirming the brightness of SY Oph. Using Methane band filters and/or J or K band facilities, it could be an interesting occultation. The star position (J2000, Gaia DR2) is

The main area of visibility is the eastern mediterranean area, including Greece, Cyprus and Crete. The following map generated by OCCULT shows the situation: 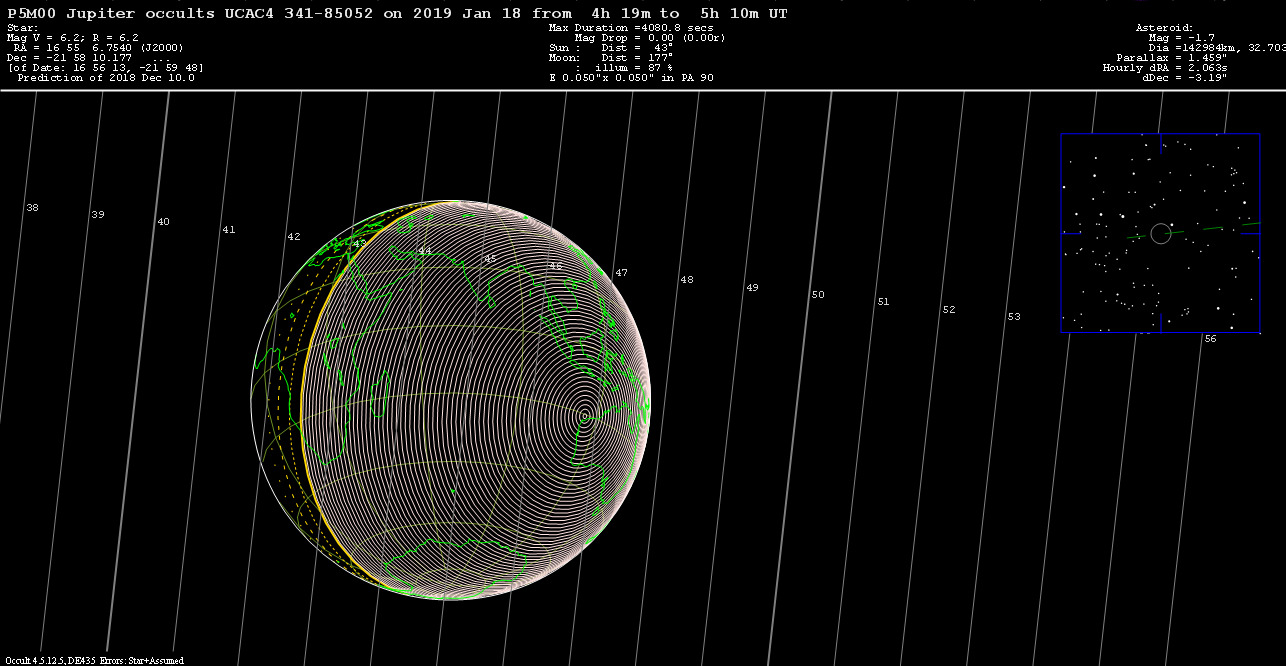 Enlarging the map leads to the following image: 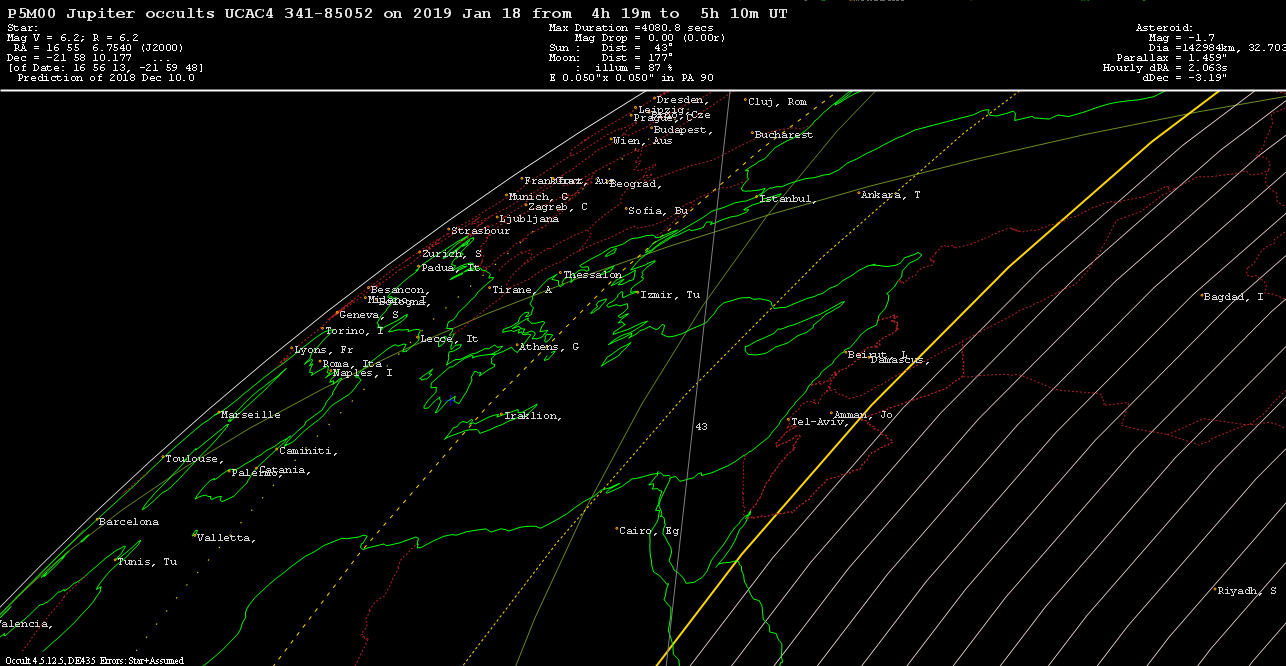 East of the yellow line, the sun is above the horizon. Good visibility will be in large parts of Egypt, Crete, Greece mainland and parts of Italy.

As examples, local circumstances are given here for Iraklion, Athens and Sofia. Timings are in UTC For many other stations you find the information of time of central occultation here and for the time of ingres and egres here. More infos will follow. If you have questions, don't hesitate to write to info@iota-es.de